ENC frequency inverters are widely used to the oil industry. Through measuring and calculating these actual use data, we found the frequency conversion energy saving ratio can reach to 30 ~ 50% on the application of walking-beam pumping unit, at the same time, oil production can increase 20% ~ 30%. In summary, our EN600 series as high-tech product, has been widely demanded in various sectors of the oil industry.

The use of walking-beam pumping unit

Walking-beam pumping unit, commonly known as kowtow machine, also known as walking-beam crank balance pumping unit, refers to the pumping unit which contains walking beam, rotating directions through the linkage mechanism, keeping balance by crank weight. Oil field as a special industry, has its unique background. At present, pumping unit is one of the most common oil extraction machinery and it is also main power consumption equipment in the oil field. The electricity consumption is up to 40% of the total oil consumption, with very low efficiency, generally about 30%.

The load of walking-beam pumping unit is cyclical, with dynamic and static load characteristics. When initial starting, the starting torque of dragging motor must be bigger than 3 to 4 times of the actual load of pumping unit, the starting torque is the first element of choosing motor matched with pumping unit. Therefore, designing the system according to the starting torque, it must caused the load power is not matched. The actual operating load power is much smaller than the rated power of the motor. Excessive pumping capacity makes reactive extraction time increased, resulting in high cost of oil production and serious energy waste.

2. Walking-beam is of box-type or joist steel structure, with high intensity, good stiffness and bearing capacity.

4. Traction head can perform the movement with the one of the upturning, up-hanging and side-turning.

5. Braking features an anti-embrace structure for safe and reliable performance.

6. Adopts 2 connection methods (anchor bolts or pressure bars ) to connect the base. 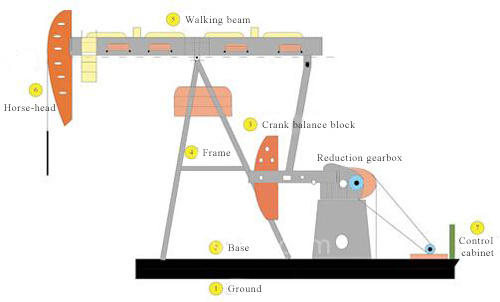 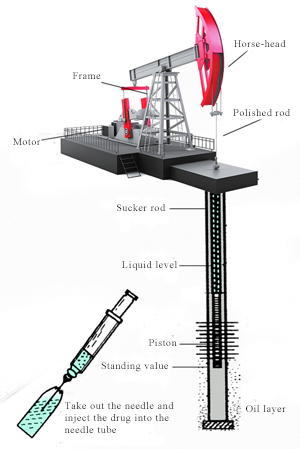 Walking-beam pumping unit is a four-link mechanism, one end is the pumping load, the other end is the balance weight load. For the frame, if the pumping load and the balance load form the same or consistent torque, the pumping unit can continuously work with a small power. If the balance rate is 100%, the power provided by the motor is only used to lift the 1/2 column weight and overcome the friction etc. The lower balance rate, the greater power provided by the motor, and in fact, the pumping load is changing at all times, the balance weight can not keep completely consistent with pumping load. Energy conservation principle of walking beam pumping unit is balance technology. On the up-stroke, horse-head hanging point lifts sucker rod and liquid column which are connected with wireline hanger, the pumping unit is not under balance condition, the motor will have to provide a lot of energy. On the down-stroke, the pumping rod reverses and makes the motor reverse power generation. When the pumping unit is not balanced, the load on the up-stroke and down-stroke is extremely uneven, which will seriously affect the efficiency and life of the four-link mechanism, gearbox and motor of the pumping unit, and deteriorate the work conditions of the sucker rod and increase the times of breaks. In order to eliminate these shortcomings, generally adding balance weight at the end of beam or crank or both of them, so that the potential energy of balance weight increase when balance weight rises from low to high under the down-stroke. The increased potential energy of the balance weight consists of two parts: the potential energy released by the sucker rod when it falls and the energy generated by motor. On the up-stroke, balance weight will release potential energy stored during the down-stroke when it falls from high. These energy will be used to help the motor to lift the sucker rod and liquid column, so that reducing the energy given by the motor during the up-stroke. At present, Most of the walking-beam pumping units adopt the balanced counterweight method, so in one pumping cycle, there are two motor running and two generator operating status. If you adjust a suitable balance counterweight, the running time and generated energy under generator operating status will be smaller. In addition, on the down-stroke, the motor is under the power state and release energy which will directly back to the grid, resulting in reducing power factor and a greater impact on the the quality of power grid. 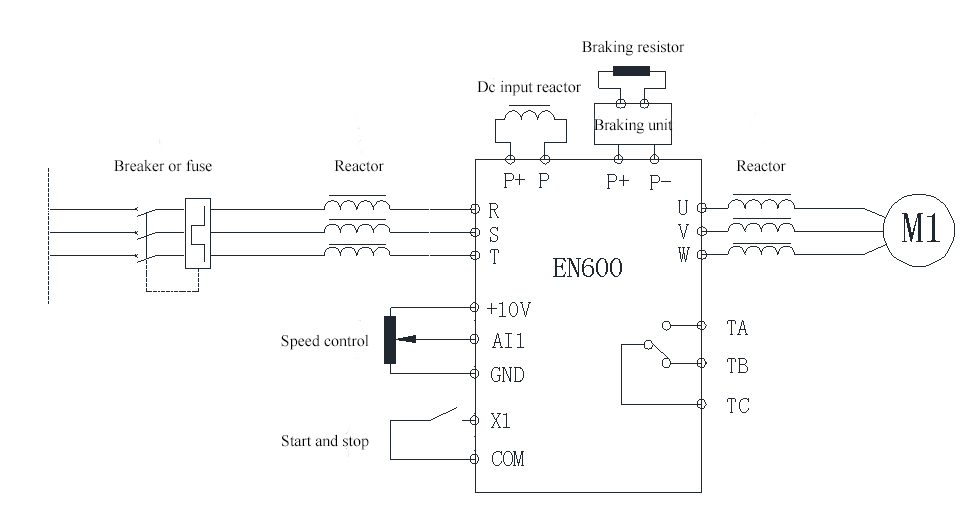 1. The output power of EN600 can be intelligently adjusted according to the load. According to the size of the oil, you also can adjust the motor speed: 35.00 ~ 60.00Hz. EN600 can help you achieve 20% to 30% energy efficiency and improve the power factor.

2. Dynamically adjust the stroke time of the walking-beam pumping unit. With extracting from  the shallow to depth of oil well, the amount of oil gradually reduce, the pump will not be filled and pump efficiency will decrease. When the oil supply capacity is less than the pump discharge, which will causepump depletionand water hammer phenomenon. Reducing frequency will reduces the motor speed and improve the fullness of pump, which not only saves energy, but also increase crude oil production.

ENC frequency inverters are widely used to the oil industry. Through measuring and calculating these actual use data, we found the frequency conversion energy saving ratio can reach to 30 ~ 50% on the application of walking-beam pumping unit, at the same time, oil production can increase 20% ~ 30%. In summary, EN600 product as high-tech product, has been widely used in various sectors of the oil industry. Due to the different types and conditions of oil wells, underground oil leakage and seepage are changing at all times. Load of walking-beam pumping unit irregularly changes, so using EN600 frequency inverter to achieve frequency control technology, which can fully make the walking-beam pumping unit play the system effectiveness and achieve efficiency, finally achieve the purpose of energy saving.